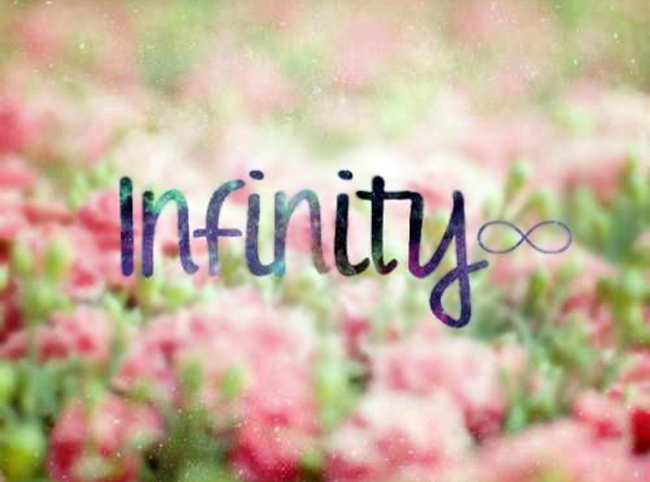 We are not to merely work with our lower seven chakras but to move into the eighth chakra to leave this local YOUniverse via the ninth chakra. If the number eight remains standing vertically it appears we are to move from the lower half to the higher half but it still doesn't get us to move beyond the eighth chakra and on into the ninth. Therefore ...

VISUALIZE THE NUMBER EIGHT (8) TURNING ON ITS SIDE TO BECOME AN INFINITY SYMBOL where the center central point becomes the most direct way to pass through this local universe's divine gateway through Arcturus (Alpha Bootis, the Shepard in the Sky, wise counselor, fair judge) toward our ninth chakra on up and ultimately our ascension. We now know and see that "Thy Kingdom come. Thy will be done in earth, as it is in heaven." is truly felt and realized in the Native American (and other) indigenous phrase "As above, so below." and we witness this within our own inner kingdoms and queendoms, our divine balance within; gratefully and with great joy we will see it manifest in our "without", our outer world.

INFINITY is defined as a factor of Plank's Constant. [Planck conjectured (correctly, as it later turned out) that under certain conditions, energy could not take on any indiscriminate value: instead, the energy must be some multiple of a very small quantity (later to be named a " quantum "). This is counterintuitive in the everyday world, where it is possible to "make things a little bit hotter" or "move things a little bit faster", because the quanta of energy are very, very small in comparison to everyday human experience. Nevertheless, it is impossible, as Planck found out, to explain some phenomena without accepting that energy is quantized; that is, it exists only in integer multiples of some base value. ] 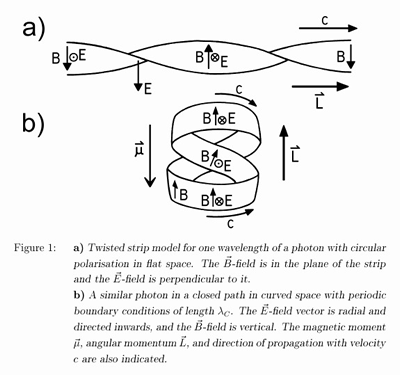 Is the Electron a Photon with Torodial Topology?
Adding Dimensions

In this paper, we formulate a simple model based on a single postulate: that there exists a state of a self-confined single-wavelength photon. We will argue that these distinct states are created and destroyed in charge-conjugate pairs. In effect we replace the postulated Poincare- stresses, which confine the electron charge, with a postulated self-confinement mechanism for a photon. That we choose a photon rather than an electromagnetic wave introduces the relation E = hw, and the model we propose will be semi-classical. The approach in what follows is to investigate the consequences of demanding periodic boundary conditions of length one wavelength on a quantised electromagnetic wave. We will see that this leads naturally to a model with a non-simply connected topology. The model suggests a possible origin for both charge and half-integer spin and also reconciles the apparently contradictory criteria discussed above for the electron. Although we have simply postulated that the photon may be confined, we will also discuss some possible origins for this confinement. (J.G. Williamson and M.B. van der Mark, Published in: Annales de la Fondation Louis de Broglie, Volume 22, no.2, 133 (1997) | READ FULL PAPER REPORT IN PDF FORMAT »

Toroidal DNA condensates have received considerable attention as a model of ordered DNA condensation. Geometry and topology of fibre bundles can be efficient tools in order to study these structures. Such methods have given fruitful results when considering toroidal vesicles made of amphiphile films and blue phases structures observed in liquid crystals made of long chiral molecules. [A chiral molecule is one that is not superimposable on its mirror image.] We give, in this paper, the geometrical arguments supporting this description. Then, we show how electrostatic interactions could be studied using curved spaces. We show that it is possible to have conditions resulting in attractive interaction between DNA molecules in the presence of positive charges. Sadoc, Jean-François International Journal of Modern Physics B, Volume 14, Issue 07, pp. 737-749 (2000).

Dark Matter, the vibratory essence of all that exists, is no longer on its elusive hide and seek trip -- it has been found! With the introduction of Vortex-Based Mathematics you will be able to see how energy is expressing itself mathematically. This math has no anomalies and shows the dimensional shape and function of the universe as being a toroid or donut-shaped black hole. This is the template for the universe and it is all within our base ten decimal system! Numbers are Real and Alive not merely symbols for other things. ... the relationships between numbers are not random or man-made but that numbers are actually elementary particles of which everything is composed. This lost knowledge was well known to our ancients and is now being uncovered for us today. Gradually you will come to see numbers in a simple yet profoundly perfect three-dimensional matrix grid pattern that forms the shape of a torus. The universe as an ecological system of renewal. The tube torus shape is by all accounts, the most beautiful shape ever conceived and is used to define all particles. 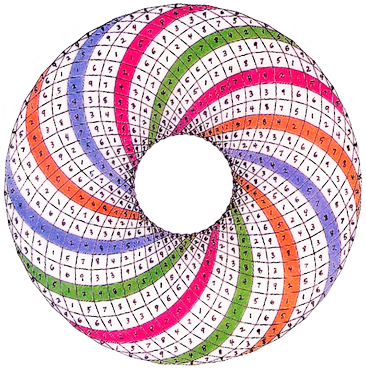 The Universe is Not Based on Dualities

Extrapolating from Rodin's work, Yin/Yang is not a duality but rather a trinary [trinity]. This is because the 6 and 9 represent each side of the Yin/Yang and the 3 is the "S" curve between them. Everything is based on thirds. We think that the universe is based on dualities because we see the effects not the cause. The Chinese Yin/Yang Symbol clearly shows Yin = 6 (entropy / feminine) and the Yang = 9 (syntropy / masculine). And since all is divisible in three, the natural S curve of the Yin/Yang symbol is 3, dividing the two spaces with the Trinity, Trikaya, Triple power of the Godhead. Also, the Japanese symbol for the Yin/Yang symbol is in a trinity formation.

The ninth chakra rests above the eighth turned on its side, to infinity and spears the center, creating a syntropic upward spiraling condition for HUmanity to ascend through. "Spirit flow is the source of all movement as well as the source of the non-decaying spin of the electron." [Rodin]

In November 2009 we had a shift from day to night and this has brought everyone out of hiding, or back into hiding depending on their situation. Either way you look at it, the spinal column's cosmic dance with the blast of higher frequency energies traversing its direct connection to the axiotonal lines.

As the snake like kundalini activates and charges upwards through our spheres and column, moving up the spinal column and up through to the height of our seventh chakra we get to experience everything at once and many are beginning to realize themselves in a three-times-three equaling nine timeline lifetime/reality consciousness. Disconcerting? Perhaps if you haven't got a good stable foundational interior, it could be a challenge. However the energies today are far more supporting of this next shift than they were 10 + years ago so we should all be having a much better time of it with our dreams, hopes and goals becoming fully realized.