Hidden Sources Of MSG In Foods, from the book 'Excitotoxins - The Taste That Kills' 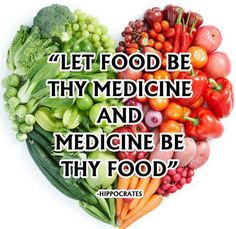 What if someone were to tell you that a chemical (MSG) added to food could cause brain damage in your children, and that this chemical could effect how your children's nervous systems formed during development so that in later years they may have learning or emotional difficulties?

What if there was scientific evidence that these chemicals could permanently damage a critical part of the brain known to control hormones so that later in life your child might have endocrine problems? How would you feel?

Suppose evidence was presented to you strongly suggesting that the artificial sweetener in your diet soft drink may cause brain tumors to develop, and that the number of brain tumors reported since the introduction of this widespread introduction of this artificial sweetener has risen dramatically? Would that affect your decision to drink these products and especially to allow your children to drink them? What if you could be shown overwhelming evidence that one of the main ingredients in this sweetener (aspartate) could cause the same brain lesions as MSG? Would that affect your buying decisions?

And finally, what if it could be demonstrated that all of these types of chemicals, called excitotoxins, could possibly aggravate or even precipitate many of today's epidemic neuro degenerative brain diseases such as Parkinson's disease, Huntington's disease, ALS, and Alzheimer's disease?  Would you be concerned if you knew that these excitotoxin food additives are a particular risk if you have diabetes, or have ever had a stroke, brain injury, brain tumor, seizure, or have suffered from hypertension, meningitis, or viral encephalitis?

How would you feel when you learn the food industry hides and disguises these excitotoxin additives (MSG and Aspartate) so they can't be recognized? Incredulous? Enraged? The fact is many foods are labeled as having "No MSG" but in fact not only contain MSG but also are laced with other excitotoxins of equal potency and danger.

All of the above are true. And all of these well known brain toxins are poured into our food and drink by the thousands of tons to boost sales. These additives have NO OTHER purpose other than to enhance to TASTE of food and the SWEETNESS of various diet products. Get the list ...read on.